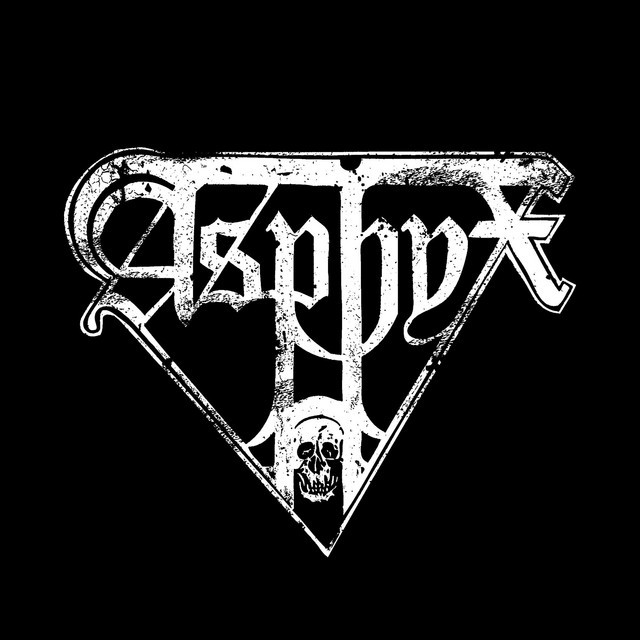 The human race is doomed and only death is real. 2020 was that kind of year. And now, to noisily emphasise that oblivion is definitely coming, the mighty ASPHYX are back with a brand new album and another blizzard of mortality-threatening riffs. Formed in the Netherlands in 1987, ASPHYX have always been one of death metal's most ruthlessly idiosyncratic bands. With a sound that draws from the rawest of materials, they have skilfully blended fast 'n' furious extremity with some of the most claustrophobic, suppurating slow-motion doom ever committed to tape.

Opening their impeccable account with 1991's stone cold classic The Rack, ASPHYX have never wavered from their singular vision, delivering a series of legendary albums that have always been considerably heavier than everything else around. After an extended hiatus begun at the dawn of the millennium, ASPHYX reunited in 2007 and demonstrated a newfound passion for the art of doom-laden death metal. With talismanic vocalist Martin van Drunen leading the charge, the Dutchmen have released a trio of universally acclaimed records - Death...The Brutal Way (2009), Deathhammer (2012) and Incoming Death (2016) - while further cementing their reputation as one of the most riotous and explosive bands in the metal underground.

Coalescing around a stable line-up for the first time in many years, the ASPHYX of 2021 is a finely-honed and fired-up beast, ready to decimate the competition and bludgeon the rest of us with riff after gruesome riff. Recorded during lockdown, the band's tenth studio album Necroceros is manifestly heavier and more vicious than anything they have released before. Partly inspired by the horrors and frustrations of the pandemic era, Necroceros is also an outright celebration of ASPHYX's genre-defining sound.

The band's current incarnation - Martin van Drunen, guitarist and chief songwriter Paul Baayens, bassist Alwin Zuur and drummer Stefan Hüskens - have clicked into a higher gear this time around, capitalising on a surfeit of free time to deliver their finest record yet. "As soon as we heard what was happening and the government said there was a lockdown coming, there was nothing we could do and all the shows we pulled," Martin van Drunen recalls. "So we decided to use the time to our advantage and make an album. The usual way we work is that Paul has a shitload of riffs on the shelf, and we say to Tom, our studio engineer, 'Is it okay if we come over?' He said yes, but we had to keep the obvious restrictions in mind. So we started jamming with all the riffs and arranging the songs together, and from there it came together really fast because we had more than enough material."

As with its predecessor, Necroceros speaks volumes about the strength and focus of the ASPHYX line-up today. Paul Baayens' seemingly endless arsenal of devastating riffs is simply undeniable: whether it's the breakneck savagery of short, sharp ragers like opener The Sole Cure is Death and the snotty, tongue-in-cheek Botox Implosion, or gruelling, atmospheric dirges like the monolithic Three Years of Famine or the monstrous closing title track, Necroceros is a self-evident master class. "Paul was always in a bunch of bands, but now ASPHYX is completely, 100% his baby, so he doesn't have to shift riffs to any other project," Martin notes. "If it's a good riff, we're gonna use it. They're Paul's riffs and this is ASPHYX and we'll use anything that blows our minds. He has his own recording studio upstairs in the attic, so if he has good idea he just goes straight up there and records it. For the first time since the reunion in 2007, we have a steady line-up. Since Incoming Death, nothing has changed and so we're well played-in together and it keeps getting better. So it all happened really fast and it was great fun."

Although necessarily focused on death and its multifarious manifestations, the new ASPHYX material digs deep into a variety of warped and wild subjects, from the fog-shrouded history lesson of Knights Templar Stand to the pointed, paranoid diatribe of The Nameless Elite. Most mind-bending of all is the title track, which paints a surreal and terrifying picture of the Earth being devoured by some slavering, pan-dimensional colossus. "I'm sure everybody will ask, 'What the bloody hell is a Necroceros?'" laughs Martin. "I'm just really into sci-fi stuff and fantasy, and suddenly I came up with this word. I said, 'We always use the word 'death' in our album titles, and 'necros' means 'death' in Ancient Greek...'. I mailed it to the lads and they said, 'What is it?' I said it was probably going to be some entity from outer space that travels from some parallel sub-universe and finally gets to the Earth and starts to consume it! Paul came with some magnificent riffs and it just had to be the title track. It's a fantasy threat, menacing the Earth after it's destroyed many worlds unknown to us. And I promise I was sober when I wrote it! Ha ha ha!"

Despite outstripping their previous musical achievements, Necroceros was very much an exercise in business as usual for ASPHYX. Recorded partly at Tom Meier Studio in Enschede and completed at Paul Baayens' home studio, the album remains true to the band's seminal legacy. Nonetheless, it also sounds bigger and more punishing than any previous ASPHYX album: a phenomenon that Martin van Drunen attributes to one significant change in personnel.

"The only thing we changed is that we wanted to try out something with a different mixer. Why not try a few guys out and have something fresh? So we asked a few guys to have a go and surprise us. Sebastian "Seeb" Levermann had mentioned before to us that he would love to work on an ASPHYX record, since he was a fan of the band from early on. So we kept that in mind, and then we sent him the stuff and we were blown away by his abilities. He was definitely the right man!" Deafening proof that the last 12 months have conjured a few positive results along the way, Necroceros is a murderous masterpiece for the never-ending age of death.

Still heavier than just about everything else, ASPHYX will be first to the frontline of live performance when all this madness is over. After all, death comes to us all in the end. "Hopefully things will get back to normal soon," says Martin. Everything from this year is rescheduled for next year, but we didn't think it would be like this in October 2020 so we don't know how long this will last. You can't really plan at the moment. You have to stay optimistic, right? We'll have to see!"