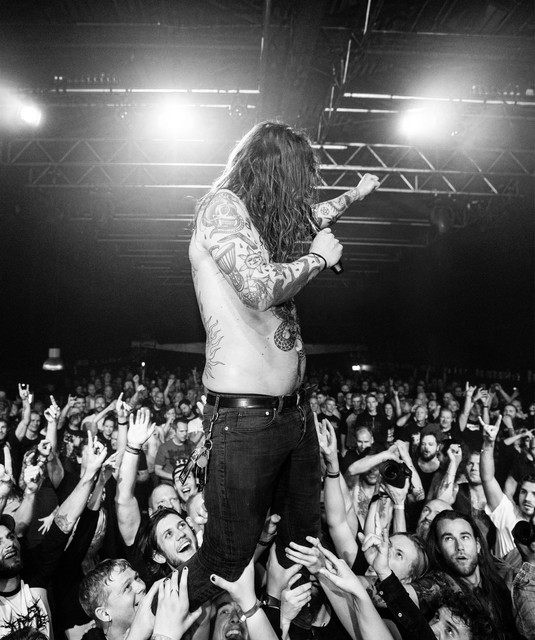 Just one year after their recent album release “Necro Sapiens” Danish Death Metal powerhouse BAEST are back and share their new EP “Justitia”. Including 5 brand-new tracks the band picks up on where they left off with “Necro Sapiens” and present another old school Death Metal masterpiece. BAEST also get notable support from death metal scene greats Trevor Strnad (The Black Dahlia Murder) and Sven de Caluwe (Aborted) for a hard-hitting vocal feature on the EP.

JUSTITIA marks a powerful statement from BAEST. It fusions an old school melodic sound of Scandinavian heavy metal, with the crushing brutality of the early pioneers of death metal. The EP showcases the bands own unique brand of death metal, developed with an organic feel from the intense songwriting sessions, and the live recordings from Lundgaard Studios, with Andreas Linnemann behind the knobs once more. While going further into their own territory, the band chose to bring on some heavy guts to the vocal party - featuring vocalists Trevor Strnad (The Black Dahlia Murder) and Sven Caluwe. JUSTITIA marks a new repulsive and progressive age of BAEST.