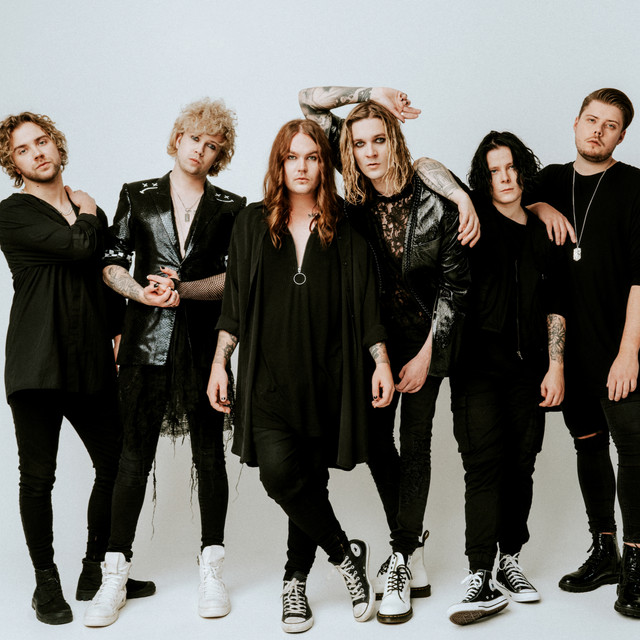 “Rohkea rokan syö", or to loosely translate this Finnish saying: “Fortune Favours The Brave”. Truly, none have been braver than BLIND CHANNEL. Focusing intently on their mission to take their brand of infectiously ferocious nu-metal outside of Finland’s linguistic restrictions this bravery is engrained within.

Indeed, Finland is a dark place. It’s cold, fiercely loyal to its mother tongue and in the wrong geographical spots it can be unforgiving. A harshness exasperated by darkened evenings from their northern hemisphere location, yet it doesn’t stop them from ranking number one on the World Happiness Report. It’s a dogged determination that radiates throughout their homeland, and it’s even more stringent in BLIND CHANNEL.

That darkness which envelopes Finland is what fuels BLIND CHANNEL. The veritable coal to their roaring furnace of ambition, embracing it is the DNA that runs throughout their music. Balancing their tenacity with sincerity, "It's this feeling of never being enough is what drives us forward right now,” vocalist Niko Vilhem says. “We got our huge breakthrough, but it's been also a scary time, like all this has been probably the scariest year in our lives.”

“It took me eight years to become an overnight success”, this line, buried away in BLIND CHANNEL’s fourth album Lifestyles Of The Sick & Dangerous is where their uncompromising journey finds its continuation. When forming back in 2013 in the city of Oulu, way up in the North of Finland, vocalists Niko and Joel Hokka, drummer Tommi Lalli, guitarist Joonas Porko and bass player Olli Matela, plus the later addition of keyboardist Alex Mattson - knew that it was all about going big or going home.

When they were told to sing in their native tongue, they refused. It was simply never an option. The doors that closed only made them want to grab an axe to break through, “The Shining” style, to properly make themselves known. This is exactly what they did when they found their way onto the largest stage in Europe: Eurovision, after competing in the Uuden Musiikin Kilpailu (UMK), Finland’s annual contest to discover their entry. Winning the spot, by the largest landslide the competition has seen, BLIND CHANNEL captured and enamoured the continent with the fiery nu-metal charge of “Dark Side”.

Be warned however, Eurovision isn’t the crux of BLIND CHANNEL’s story. This stepping stone that saw them take to that hallowed stage, was just that, a gambit towards the bigger picture. While it did allow them to amass even more followers, they’d in fact already been building a fervent fanbase over the years thanks to their three previous albums: Revolutions (2016), Blood Brothers (2018), Violent Pop (2020).

Furiously fighting their way into the worldwide mainstream, the six-piece have always been embracing their influences, from nu-metal iconoclasts to pop and hip-hop behemoths, it’s all a part of BLIND CHANNEL’s DNA. That’s the key to their draw, they’re only interested in sticking true to themselves while studiously searching for the keys to unlock the doors of success.

Rough and tumbling their way through those three records, playing to empty rooms in the throes of harsh European winters, focus and determination warming their hearts, it’s irrefutable that BLIND CHANNEL are not only hardworking but deserving of their newfound status. Yet, starting up on the journey of their fourth album came at an incredibly tumultuous year not only for the band, but the world.

BLIND CHANNEL knew that they had something to process. Not only the "modern-day misery” plaguing the world, as Joel puts it, but also proving that they could deliver more than the crowd-pleasing anthem of “Dark Side”. Lifestyles Of The Sick & Dangerous is a lashing, brutal, bravado and swagger filled, sincere depiction of their lives, backed by their trademark unforgiving “violent pop music”. As well as a winking homage to the Good Charlotte track Lifestyles of the Rich & Famous, it’s most importantly a righteous statement of intent. That this is only the beginning.

The culmination of the experience of their previous years, opening with the rebutting ‘Opinions’, something that’s plagued the band since Eurovision, it’s apt that the call to arms that lit the fuse follows. ‘Alive Or Only Burning’ twirls a delicate melody around its fingers before grasping it tightly in their palms and throwing their fists defiantly in the air.

‘Bad Idea’ provides more solace in words with the timeless “life’s a bitch / but then so is karma”, just as the adrenaline rush of ‘Don’t Fix Me’ gets done with the personal affirmations and it’s back onto the intent. Coming out swinging, ‘Balboa’ leans into BLIND CHANNEL’s snarling, prowling underdog persona, warning their ready to fight their way to the top.

Knowing that with the sudden spotlight on them - acknowledged with ‘National Heroes (Interlude)’ - ‘We Are No Saints’ is lacerating expectation thrust upon them from fans and instead offering truth. ‘Autopsy’, and its dripping electronic beats glimpse the lamb-slaughter analogy that befits trying to establish yourself in the music industry.

‘Glory For The Greedy’ is BLIND CHANNEL exorcising the demons of the music industry that have tried to take over - confronting those sycophantic powerhouses with voracious passion. Finale, ’Thank You For The Pain (Showbiz 101)’ is the gritty reality. When all is said and done, BLIND CHANNEL are survivors and thrivers of an industry that can chew up and spit out even the most ardent and hardened of souls.

With fan pages now cropping up in New Zealand and Brazil, BLIND CHANNEL have not only broken out of Finland but are primed and ready to take on the rest of the world. This is a band who have gone from playing to a handful of people on their gritted determined journey upwards, to ending up on Europe’s biggest stage, and finding the crowds simply not dispersing.

“Thank God for those past years like without them we would never be this hungry and this ready to do this,” Niko says. “Now we’ve got the shot, and if we didn't have those years behind us we wouldn't be ready. We would be all burned out, just drinking and doing stupid shit, but we know how rare this is and how much we’ve worked towards this.”

Finding their equivalent of Beatle-mania in their homeland, and being the next great export, more English-singing bands popping up in Finland since their success, there’s nothing that can stand in the way of BLIND CHANNEL. Their hunger is still rumbling away, and if it’s go big or go home, it’s bigger all the way.

“In Finland, we’ve got the most-streamed song. We play huge festival shows, huge headline shows for thousands of people. All the big labels are saying that ‘You guys have made it, I was wrong’ and we're like ‘Yeah, here we are!’ But what happens next?” Joel says, fire burning in his eyes. “We need to show the people in Germany, UK, United States, every European country. There's a lot of work to do for sure but we’ll be enjoying this sweet revenge. It's not enough yet!”

With the year ahead filled with tour dates - including Slipknot's inaugural Knotfest Finland - the road looks to be heading direct to the promise land BLIND CHANNEL have always envisioned. No longer a mirage, it’s here, and they’ll make sure as hell it’s to stay.

Alive or Only Burning Blind Channel